Food, Fat and Fear: Recognizing an Eating Disorder and Recovering

In the U.S., 20 million women and 10 million men suffer from a life-threatening eating disorder during their lives. Many of those millions will never seek help and will die from the disorder. The No. 1 contributor to the development of anorexia and bulimia is poor body image, and that is one of the many reasons we fight for girls and women to understand we are more than just bodies to be looked at, fixed, and judged.

About the Author: Our very own Facebook administrator, Keighty Brigman, LMSW, recovered from an eating disorder and then moved to helping other women recover from their own EDs. Here, she shares her expertise on how to decide if you have an unhealthy relationship with food and/or a distorted idea of where your worth comes from. If you recognize your own thoughts and behaviors in this post, we’re here to help you break free.

My heart was racing in my chest. The sweat was pooling on my palms, and though I could hear my mother talking, I couldn’t make out the words she was saying. Instinct, self-preservation, something had me nodding and responding enough to let her think I was paying attention, when the only thing that had my focus was the internal battle occurring in my brain.

You don’t deserve it.

Think of how good it will be.

Fine. Just do it. You aren’t good enough to say no anyway.

With the pressure I felt to make the right decision, fighting between my will and my primal instinct, both at complete odds with one another, one would assume I was conflicted over a major life decision. But the back and forth wasn’t over school, a profession, a relationship. 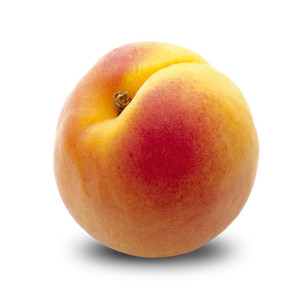 It was over a peach.

Though it was many years ago, I can still remember the simultaneous sensation of pure ecstasy and utter anguish as I bit into the sweet flesh, and while it was the only thing that I had eaten that day, the many justifications of how much exercise I’d done already, how much I would do still before going to bed, quickly melted under the self loathing at my sense of defeat.

I’m not stronger than a peach, I thought.

No wonder no one loves me, I thought.

Recovery followed a time after that, and since then, I have had the immense honor of working with dozens of women experiencing the mental prison known as an eating disorder. “Eating disorder” is such a broad, generic term that entails both a wide variety of symptoms (those for Anorexia Nervosa, Bulimia Nervosa, Binge Eating Disorder, and Other Specified Feeding and Eating Disorder), and also is experienced by a wide variety of women: professionals, adolescents, those with dark and troubled upbringings, those with picture perfect families, mothers, grandmothers, sisters, daughters, athletes, introverts, and partiers. They were women teaching Sunday school, and women who always had their nose in a book. They were women winning medals in gymnastics, and women trying to figure out how to afford to go back to school.

And just as the experiences of the women varied person to person, the way they looked also varied. Advertisements and movies would have us believe that an eating disorder looks like a thin layer of flesh on jutting hip bones, and while I certainly saw plenty of those, I also saw women who were short, those who were tall, those with shaved heads and those with hair that went on for days. I saw women who looked like they could take a punch, and women who you wouldn’t give a second thought about if you saw them at your kid’s bake sale. There were women who, seeing them on the street, would not cause you to stare in wonder at how they were still breathing.

The difference, though, was the intense fear they felt — saturating every moment — of gaining weight. It was the intense relationship between what the number said on the scale and how they felt about themselves that day. It was the periods of eating more food in one sitting than what is normal, and then getting rid of it—through purging, excessive exercise, or restricting food intake over the next few days. It was the constant mental tape playing, calculating how many calories have been consumed versus how many have been burned. 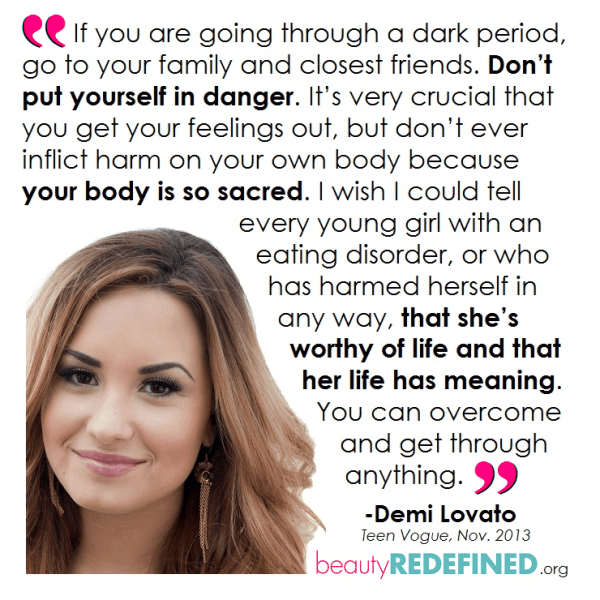 On the outside, they may look like anyone else. But emotionally, they are clawing for survival.

Surviving in the throes of an eating disorder is to live in a place where there is no happiness. There isn’t room for anything positive, because the eating disorder convinces you that such goodness is far outside of the bounds of what you deserve. If you feel like you may be experiencing an eating disorder, please know you are not alone, and while it seems impossible that it can ever get better, it can. You can get to the other side of this, and you deserve to feel better.

For those of you who may be teetering on the edge, or heading on the path toward the awful pit eating disorders create, here are some things to ask yourself:

• Do I eat less (significantly less) than the people around me?
• Do I avoid social gatherings that I know will involve food?
• Do I make excuses to avoid eating, even though I have not eaten in a while?
• Do I fixate on the calories various foods contain?
• Do I have a list of “bad” foods? “Good” foods?
• Do I eat to avoid feeling negative emotions?
• Do I feel guilt after eating?
• Do I weigh myself daily/multiple times a day, and do I have an emotional reaction each time I read that number?
• Do I tell myself, “I’ll be happy/successful/loveable/worthy when I’m at ____ lbs”?
• Do I make plans to “make up” for foods that have been eaten, either through purging, excessive exercise, or skipping meals?
• Do I feel out of control when it comes to food?
• Do I seek control through the foods I eat?
• Do I find myself thinking about what I have eaten, what I will eat, how much exercise I’ve done, what exercise I will do, etc. at times when I am trying to focus on something else? 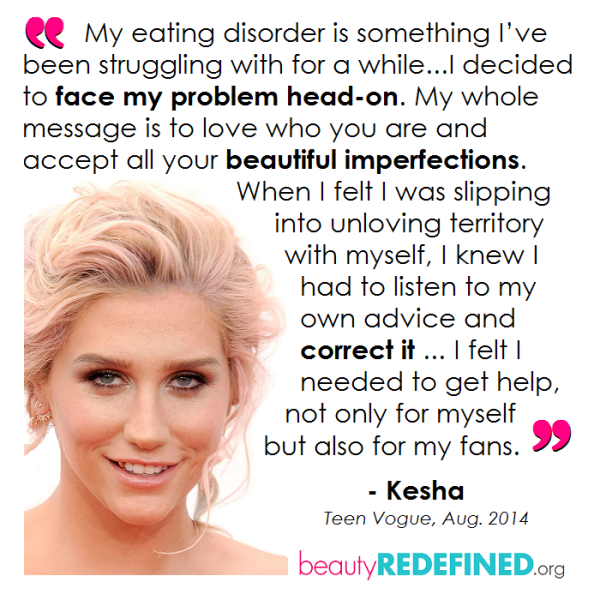 If you answered “yes” to any of these, it suggests you have an unhealthy relationship with food and/or an unhealthy idea of where your worth comes from. Culturally speaking, the pressure on women (and yes, men too) to look a certain way can make it easy to internalize negative ideas that can result in these unhealthy thought patterns, and those thoughts can escalate to an eating disorder. It can become easy to write off any of these as something one simply does to be thin, to diet, to be attractive. But there is no room for beauty and no opportunity to feel beautiful under the heavy veil of constant self-criticism, and any space given to entertain thoughts degrading your self-worth is too much.

You deserve better. You can get better.

For more information on eating disorders, you can visit www.nationaleatingdisorders.org, which includes an online self-assessment and tools to find professionals in your area who can help. There is freedom in health, both in mind and body. May you have the courage to demand it.