Many big industries want us to behave. They want us to be live “stylishly ever after,” they want our “girl power” to come from marketing that phrase on our push-up bras, they want our health to be defined by how good we can look from behind, they want to empower us by telling us how to become more beautiful, and comfort us by saying “beauty hurts” and it’s up to us to push through the pain and work forever trying to obtain it. But if any of our work resonates with you, you know it’s time we stop being so “well-behaved.” It’s high time we stop behaving – looking, acting, speaking, buying, thinking – how the ever-so-powerful beauty, diet, cosmetic surgery, fashion, and media industries would have us behave.

That’s why we work to constantly remind females how powerful, valuable, and beautiful they are in a media-saturated world that profits from them forgetting that truth. Because when you begin to grasp your potential for good, your power in this world, where real happiness is found, and the beauty you’ve already got going on, you stop “behaving” as these big industries would have you behave.

One of the ways we at BR misbehave regularly is by speaking out against all kinds of normalized pressures women face regarding their appearance: the cultural phenomenon that is the Sports Illustrated Swimsuit Issue, Victoria’s Secret’s inescapable images, trendy new beauty ideals like those magic body wraps, the normalization of breast implants, the ways we teach “modesty,” and female objectification at every turn. What started as a gut feeling that much of what appears so normal to us is actually so dangerous sparked our doctoral research to teach people how and why to recognize and reject this level of normalized objectification of women. 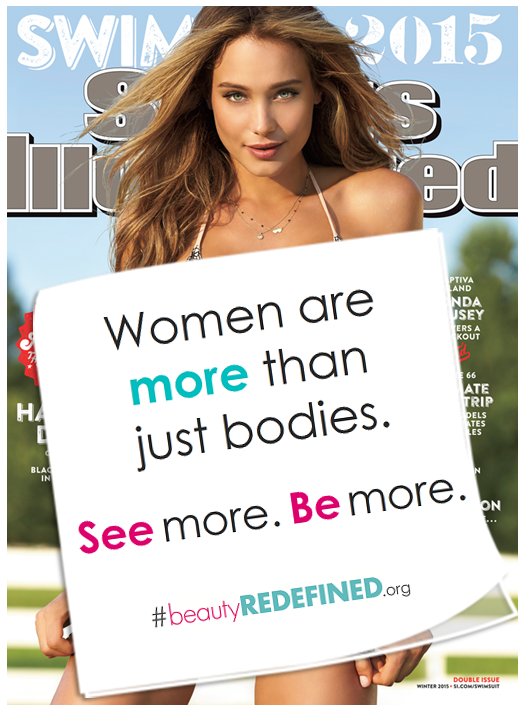 What’s most interesting to us about our work is that many, many people see our speaking out as wildly misbehaving. Saying publicly celebrated displays of female objectification and sexualization is degrading or harmful in any way is apparently censorship, prudishness, neo-Nazi conservativism, jealousy, disgusting and just plain evil. What this backlash against our work tells us is that seeing and treating women as objects to be consumed, judged and ogled above all else is absolutely the status quo. It is the norm. It is invisible. When we call it out for what it is, for what effects it has, with years of research to back it up, we see ourselves as behaving very nicely. Others who are perfectly comfortable inside the oppressive status quo (both men and women) are often extremely hesitant to have their worldview shaken. Those are the people who perceive our work as misbehavior (to put it lightly). 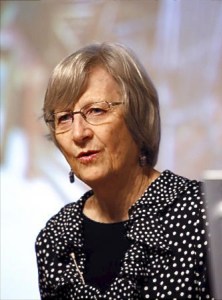 The woman who coined that crazy popular phrase, had no idea SHE would be making the history books when she wrote that.  In fact, this conservative woman was writing a history book in the 1970s about 19th century women who were by all accounts just regular women, going about their lives. She was writing about the ways well-behaved women were overlooked in our knowledge of history because they weren’t doing anything historians considered “extraordinary.” But this author went on to win a Pulitzer Prize, among many other honors, and her work has been made into documentaries and television series.  Her name is Laurel Thatcher Ulrich, and we happen to feel a special connection to this Pultizer-Prize-winning, Distinguished Harvard Professor because she grew up in small-town Idaho (just like us!), graduated from the University of Utah (just like us!), and has gone on to be a powerful, feminist voice for good in a world that needs her and her catchy statement: “Well-behaved women seldom make history!” By all accounts, she had no idea how much her work would change history. And neither do you.

We (Lindsay and Lexie Kite) started our version of “misbehaving” when we were 18 years old. We sat in a college classroom and learned for the first time how powerful media is in shaping our view of ourselves and distorting our perceptions of reality, beauty, and health. We both decided we were no longer going to “behave” for industries that profited off us hating our bodies and spending our time, money and energy finding ways to fix our flaws. And so then, in 2003, we decided we wanted to be the kind of women that made history. We’ve done nothing too exceptional, but we earned Ph.D.s in the study of media and body image in 2013 and have remained committed to helping women understand their worth as more than objects to be looked at.

Today, we are thrilled to use Laurel Thatcher Ulrich’s truthful phrase a little differently than she may have intended it (but check out the comment below from her niece Rachel!). Today, we stand alongside every other person willing to misbehave in the face of powerful industries that profit from our losses. They win when we lose our self-worth and try to find it where it cannot be found – beauty products, cosmetic procedures, sexual objectification, disordered eating, diet pills, etc. The truth is all around you: You are capable of much more than looking hot. Your reflection does not define your worth. Women are more than just bodies. See more. Be more. If any of those statements resonate with you, you can misbehave by choosing to turn away from media that hurts you, spending your money on things that reflect what you value, speaking out against the status quo that maintains a view of women as bodies and nothing more, spending your time progressing in ways that matter – school, service, hobbies, health, and relationships. THAT is how we will make history. THAT is real empowerment. Are you ready to make history? Let’s misbehave!