If You Must Think About Your Weight, Think These 10 Things 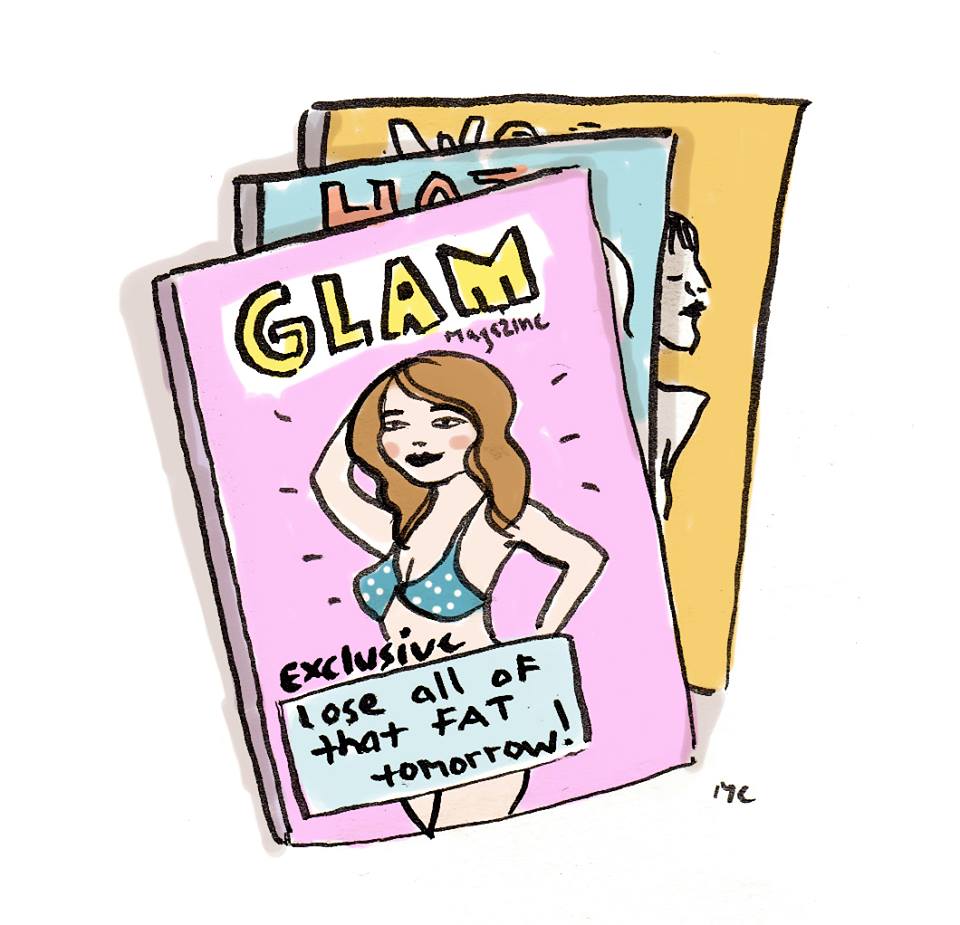 Another day, another opportunity to think about how much space you, as a woman, take up. That’s how it feels when you can’t throw a fat-burning supplement without hitting a visual about the losing of the weight or the gaining of the weight, and who gained what, how they look, how they lost it, and how you can, too. You can’t control these images, but you can control the narrative in your own head. And while we wish we could take credit for this crazy awesome post, our thanks go to Tracy Moore at Jezebel for letting us share her genius with you. Tracy is speaking our language here, and we are so glad awesome women the whole world over are fighting to take back beauty and health right alongside us.

So the next time you get yet another message about weight that implies or outright demands that you consider your own, we’ve got 10 things for you to think instead:

This is some total baloney right here.

When it comes to media pushing perfect people, if you’re not skeptical, you’re doing it wrong. The only right way to do it is with deep, trigger-happy skepticism. It’s advertising — which means it’s supposed to make you want something. That alone makes it squirrelly. If you don’t train your brain to see that first and foremost, and to move cautiously forward if at all, then you may as well just hand over your wallet, dump it out, throw yourself onto the floor and ask someone to pelt you with rotten vegetables. So instead of feeling bad or even mesmerized by the flawless images, messages, and prescriptions for thinning yourself away, see it all as a super sad, cynical cash grab. Because that’s what it is.

Do men have to put up with this?

Lean on Caitlin Moran’s rule of thumb for whether something is worth getting all worked up about: Are the men worrying about this as well? When it comes to weight concerns, men are not advised to shrink themselves away. However, it’s worth noting what they are bombarded with: images of pumping up, boning up, manning up, dude-bro-ing it up. They inflate, we minimize. Viewed that way, it’s even more cartoonish, and everything is dumb, and it’s super dumb to do anything but laugh at it. Laugh at the little spectacle of capitalism trying to take your money.

Is this making me think about my weight or my health?

Simple question. Hard to put in practice. If, like anyone, you would like to be healthier (ACTUALLY healthy, as in stronger, fitter, better fed, able to do more physical things) and the message is helping you work toward that or inspiring you to that end with information or good facts, fine. Being healthy feels good. It makes you like your body! But that isn’t about a number. If you’re just wondering how much shrinkier you have to shrink to be considered more attractive based on the models you see doing Pilates on the beach, nope.

Why do I care? 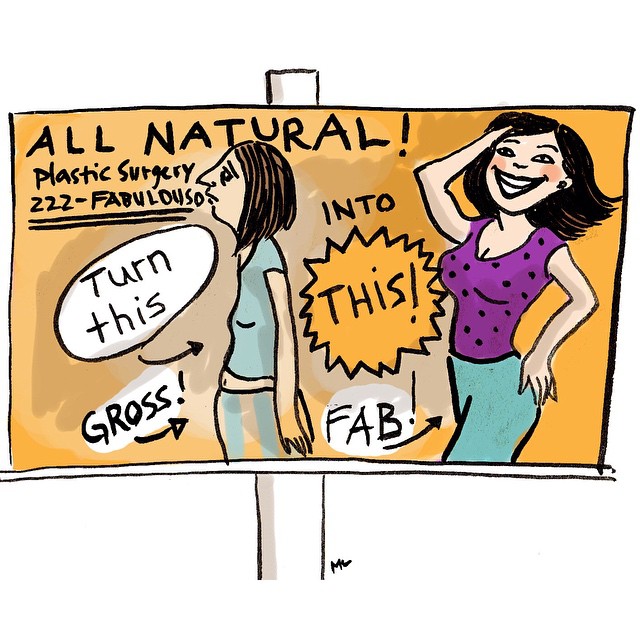 Seriously, why DO you care? Are you paid to care? By that I mean, are you in a sexist, lookist industry where it behooves you to maintain a certain weight and so Allure can broadcast that you only weigh 115 pounds? If so, are you able to separate that from your own personal feelings of self-worth? Do you still feel like a worthwhile person when you are not a perfect size -.5 or whatever that is?

If you’re not in an industry where it is literally your job to maintain a weight, which is most of the rest of us, do you simply feel as a woman that your actual livelihood and well-being depends on weighing less than you do right now? Is that a valid conclusion you can put through the paces? Or does it fall apart with the slightest critical thinking? Because feeling good and liking yourself happens across all body types at all weight levels. Confidence and genuine appreciation of yourself is not a switch that flicks on at a certain number. It is not a “goal weight.” This is a dumb trap so many people fall into: I just feel better when I’m X number of pounds. That’s psychological. There’s probably a range of weight where you would feel the most fit, but you’re just assigning some arbitrary sounds-skinny number to that that has been culturally conditioned to feel OK about announcing out loud in earshot of other women.

What exactly is going to happen when I reach magical X pounds?

Ask yourself when you felt your best. Was it really when you weighed 135 pounds? Or was it when you were the most validated about your looks? Consider that your nostalgia for a past existence and the positive attention it brought you might have been more about the confidence you projected than a number. Force yourself to imagine the perfect life you think the perfect weight will bring you. What does it look like? You never argue with your husband? That guy you like at work will ask you out? The woman you’ve been in love with since college will suddenly want you? The beauty of working toward real confidence by actually liking yourself is that it doesn’t disappear the moment you gain weight, it is always there, and anyone worthwhile is drawn to you because of that aura, not the fact that you’re at some specific number. 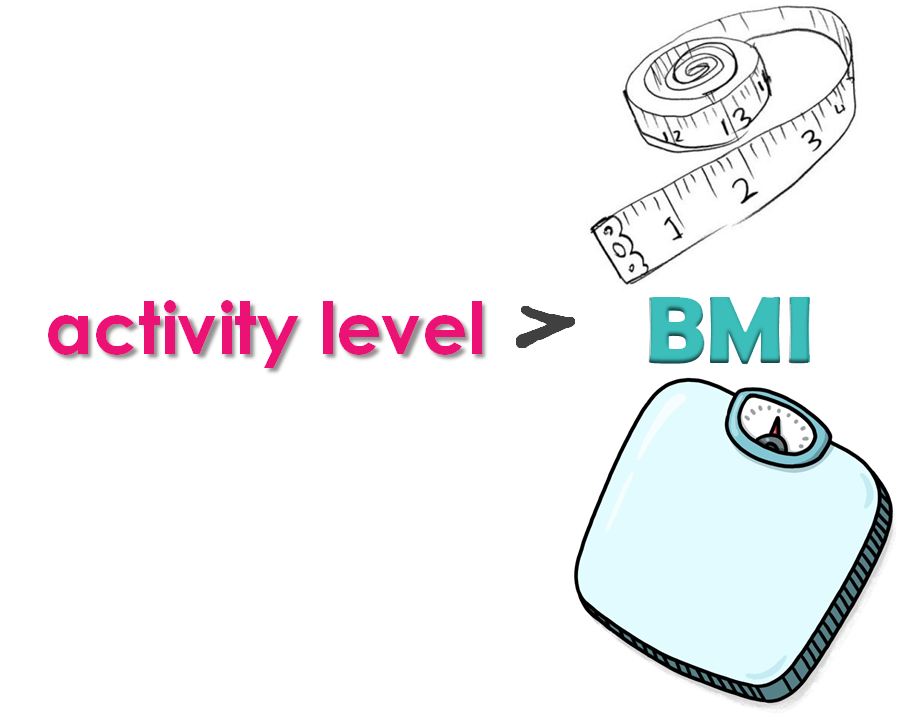 It shouldn’t have to be said but apparently it has to be said a thousand times over: Weighing X weight doesn’t mean you’re healthy, or attractive, or “better.” Changing your relationship to food in a positive way — eating more of what’s good for you and less of what’s bad, may actually mean that you lose no weight at all. For some people, gaining weight could actually signal better health. There is no magic number for anyone, there is a range, and even within that range there are exceptions. Paying attention to some perfect goal weight, at which point you imagine yourself to no longer have problems or somehow transcend the issues you faced with 20 more pounds is a complete and utter illusion. And a waste of time. And probably really about something else.

What is this REALLY about?

It is almost always really about how you feel about yourself. The rest of it is about simply processing an endless onslaught of images and ads with tons of money and Machiavellian calculation behind them. I’m not saying those images are so easy to blot out, but, real self-worth can go a long way toward obliterating them. That comes from doing and being a good, accomplished person that you want to be, and be alone with. A person you like. A person who adds something to the world, does a thing that makes the world a nicer or better or more interesting place, is a good friend. There is nothing wrong with wanting to look nice, and feel nice, and like your body. But if you can’t get out of the rabbit hole of thinking that is entirely wrapped up in your weight, you’re out of luck.

What am I wasting time NOT thinking about that’s more important?

We have to have idle, pointless or superficial thoughts — our brains cannot be deep and calculating every second. But it really does help to know when you’re having idle, pointless thoughts, and when they are doing you no favors. And it really helps to not confuse them with meaningful thoughts that enhance our lives. The sickening ability to take instant inventory of our bodies at a glance and superimpose some better, thinner self onto our bodies is a trap of idle thinking. It is the illusion of control. It is not reasonable. The idea that anyone who weighs less is happier is pure farce. You know it to be true; stop subscribing to this myth. And really, aren’t you bored with it? Aren’t you bored thinking about it? Isn’t it the most soul-deadening thing in the world to think about it?

Get pissed. Get really good and pissed. Think about it: You’re a woman, a clearly more complex biological specimen who does miraculous and mind-boggling things with your body, whose systems and reproductive organs have been hotly debated and controlled since the dawn of time (and which are still only dimly understood at best), whose powers have historically been viewed as highly suspect if not outright demonic, whose energy and rhythmic connection to the universe is mystifying and awe-inspiring, and who is so often reduced in modern times to a fretting, insecure, body-shrinking worrywart convinced she should probably take up less space because she definitely isn’t hot enough. Do you really want to play into a set of steps already laid out for you? Do you really want to be a complete and utter product of a system designed to make you feel terrible directly for its own gain? Does’t that burn you to the core? It does me. No thanks!

Remind yourself of what real human beauty is again.

If all else fails, just get out of your head. Look around and ask yourself what moves you about the human form, historically, contemporarily, artistically. Remind yourself that bodies in all shapes and sizes of all ages are interesting, unique, strong, useful. That we are nothing if not utilitarian creatures. That our bodies are meant to do things and show it. Anyone who tries to make you feel that ALL you are is an object to be weighed, when in fact you are object, subject, protagonist, antagonist, villain, hero and especially the NARRATOR of this story you call your existence, is not on your side. Including when that person is you. Flip the script.